It was a gray afternoon in late April 1997, my brother Travis and I were on I-77 North, heading to our Opa’s funeral.  I was a few weeks away from graduating lawschool and a few years into an apologetics struggle that had led me to believe the Bible was true and Jesus Christ was the Son of God.  With that head knowledge, that made me a Christian.  Or, so I thought. My brother had since been saved.

As twenty-something year old brothers of German descent, we liked to argue about everything then.  Everything.  That ride was no exception.  For hours, we argued, discussed and debated the truths of Christianity, particularly the doctrines of predestination.  Over time, we often changed sides in debates.  I suspect during that ride that Travis was arguing in favor of 5 point reformed predestination.  At one point, he turned to me and said, “But Tony, the wages of sin is death, but the gift of God is eternal life through Christ Jesus his son.”

During the midst of his quoting Romans 6:23, my eyes opened for the first time. I saw that my salvation was entirely by, for and about Jesus Christ.  It was all about him and what he had done.  It had nothing to do with me. God’s glory is ultimate, supreme and eternal. That glory manifested itself in what Christ has done.  It is only and entirely by his grace that we are saved, indeed, that we even exist.  At that moment, God showed himself to me and saved me from my sins.  My life has never been the same.  That was the birth of the new me.  Over the years, that knowledge and experience about the glory of God has deepened as I’ve come to know Christ more and rely upon him more instead of himself.

In my journey, my family and I have been blessed by the fellowship of Colonial Baptist Church and learning under the teaching of our senior pastor, Stephen Davey. He reminds us regularly about the centrality of Christ and his word. (His sermons are excellent and can be heard through his Wisdom for the Heart ministry (check out the online sermons section) and his teaching is broadcast worldwide by the Bible Broadcasting Network. Recently, in the midst of a sermon, he reminded us that even Scripture is all about Jesus Christ.  Indeed, every book is about Christ. Stephen explained, as follows:

Listen to the record of God’s testimony in the Old Testament – listen to it speak! In

Genesis Jesus Christ is the creating voice of the triune God according to the confirmation of the Apostle Paul in Colossians 1.  It was Jesus, God the Son, who spoke the worlds into existence.  Furthermore, in Genesis, Jesus Christ is the prophesied seed who will crush the serpent’s head;

In Exodus Jesus Christ is the Passover lamb whose blood protects His people from the wrath of God; He is the manna from heaven and the water gushing from the rock;

In Leviticus He is the tabernacle of God among men:

In the Book of Numbers, He is the Great High Priest who will never fail;

In Deuteronomy, He is the city of refuge where criminals may run for protection;

In Joshua, He is the champion over every obstacle; strength over ever enemy that stands in the way of His people;

In Judges, Jesus Christ is the angel of God, empowering the weak and pursuing the wandering; He is the perfection of patience toward His wandering people;

In Ruth, He is the wealthy Redeemer who buys His bride out of hopeless poverty; placing her in the family line of royalty, giving her the right to everything that belongs to Him;

In First and Second Samuel, He is the Name of the Lord, in whose strength people of faith dare to conquer enemies and slay giants;

In Kings and Chronicles, Christ is the sovereign King behind and above all kingdoms both pagan and God-fearing;
In Ezra, He is the keeper of Divine promises to Israel and the Hand that liberates His people from bondage;

In Esther, He is behind the scenes, outwitting the Evil One; faithfully protecting His unfaithful people, whispering into the ear of a young queen that for such a time as this, she has been crowned.

In Job, He is the majestic One who rides upon the wind and commands the lightning and the storm; the Lord of mystery who does not explain life, but reveals He is sovereign over all of life;

In the Psalms, He is the Rock of refuge, the Shepherd of the sheep, the Tower of shelter, the Honeycomb of divine revelation;

In Proverbs, He is everlasting Wisdom; Divine counsel for those who accept His invitation to turn aside and listen;

In Ecclesiastes, He is eternal satisfaction over every earthly desire; the One to be remembered in the days our your youth;

In the Song of Solomon, He is the Bridegroom who pursues His bride, stopping at nothing until she is safely in His arms;

In Isaiah, He is the suffering Savior who will be crushed for our iniquities; He is the coming Prince of Peace whose strong shoulders will one day lead the government of the world;

In Jeremiah He is the branch of righteousness delivering justice and equity; He is the promised one who will write a new covenant on the hearts of His people;

In Lamentations, He is the father who disciplines those whom He loves;

In Ezekiel, He is resurrection power, breathing life into dry bones, bringing life out of death;

In Daniel, Jesus Christ is the corner stone, cut without hands, rejected by kingdoms, yet smiting the false image and filling the earth with His glory;

In Hosea, He is the faithful relentless Husband of an unfaithful rebellious wife;

In Joel, He is the Hope of His people;

In Amos, He is the wrath of God against oppressors; the promise of vineyards and gardens where His children will one day rest;

In Obadiah, He ascends Mount Zion as the deliverer who judges the kingdoms of this world and inaugurates His own everlasting reign;

In Jonah, He is the fulfillment of the sign that after 3 days and 3 nights, the Son of Man will come forth vindicating the righteousness of God and the resurrection power of His kingdom;

In Micah, He is the One who does not retain His anger forever; who delights in unchanging love; He is the one who treads our iniquities under his feet, and casts all our sins into the depths of the sea;

In Nahum, He is slow to anger and great in power; of Him the mountains quake and the hills dissolve; yet He is a safety for all who hide in Him;

In Habakkuk, Christ is the radiant sunlight; whose strength makes our feet like the feet of deer, causing us to one day walk on high places;

In Haggai, Christ is the Victorious Lord of hosts who will shake the heavens and the earth as he overthrows the nations of this world; He is the One who will wear his chosen people as jeweled rings around his omnipotent fingers;

In Zechariah, the Lord stands with His redeemed on the Mount of Olives in that coming kingdom; a kingdom where the inscriptions on the bells of horses bridles as they gallop through the city of His glory – will sing – “Holy unto the Messiah”;

And in Malachi, Jesus Christ is the Divine Refiner, sitting over the smelting pot of His universe, purifying his chosen people as silver and gold; the One who does not change; the One who will one day rise with healing in His wings!

Let the record of the Old Testament speak!

But that isn’t all . . . we’re just getting started.  Never mind about lunch.

Let the record of the New Testament speak!

In Matthew’s Gospel He is the King of the Jews;

In Mark’s Gospel Jesus Christ is the submissive servant to God the Father;

In Luke’s Gospel He is the Son of Man, announced by Gabriel who is the Savior of the World;

In the Gospel by John He is the great I AM, the Light of the World and the eternal Son of God;

In Acts, He is the commissioning Lord of the church;

In Romans His is the one who chooses us, justifies us, sanctifies us, and promises to glorify us;

In 1 Corinthians He is risen authenticator of our genuine faith;

In 2 Corinthians Jesus Christ is our liberty, transforming us from glory unto glory;

In Galatians, Jesus Christ is our liberator, allowing us to no longer by called slaves, but sons, that we might call God our Abba Father;

In Ephesians, He is the head of the church and the bridegroom of the beloved;

In Philippians, Jesus is the incarnate God, obedient unto death on a cross, now exalted so that every knee will one day bow before Him;

In Colossians, He is the incomparable Christ – the creator of everything in heaven and on earth;

In 1 Thessalonians He is the One coming in the clouds with a shout, rapturing the church to His side;

In 2 Thessalonians He is returning, avenging Lord who shall come to earth with angels of flaming fire to defeat the Enemy of His purposes;

In 1 Timothy, Jesus is the ransom payment to redeem His church – the only mediator and bridge between earth and heaven;

In 2 Timothy He is the word preached by faithful elders; the coming Lord and King over the living and the dead;

In Titus, He is the blessed hope for whom we wait;

In Philemon he is the emancipator of slaves; the one who fashions slaves and freemen into blood bought brothers;

In Hebrews He is the final sacrifice and the greater High Priest; both fully man and fully God;

In James He is the wisdom from above and the developer of our faith through divinely crafted trials;

In 1 Peter, He is the corner stone of the house He himself is building; He is the Chief Shepherd of His flock;

In 2 Peter, He is the rejected Savior, mocked and scorned by a world heading toward the final judgment of fire;

In 1 John Jesus Christ is the cleansing flow and the source of our eternal victory;

In 3 John, He is the Name that prospers the soul and marks the path of truth;

In Jude He is the One who keeps us from falling away; the One who will introduce us one day as His forgiven, joyful bride;

And in Revelation, He is the risen Lamb and the regal Lion; He is the inspiration behind the music sung by hundreds of millions of angels – joined in by all the redeemed from all time who glorify Him as King of Kings and Lord of Lords – the only one worthy of all blessing and honor and glory and power forever and ever, Amen.

True through the ages; inspected by every generation – its promises fulfilled on time and promises yet to be fulfilled will also come to pass on time.

And John writes, “Whoever believes this record which points to Jesus, is given life – eternal life.”  And this life is in and through and over and by, upheld, contained, delivered, surrounded and sustained by our eternal Creator, our living Lord.

Believe this record, John writes, and you will live in heaven forever. 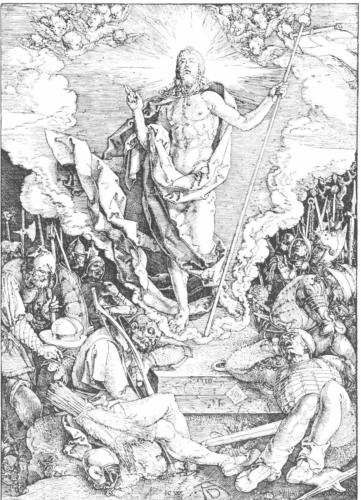 One reply on “It’s all about Jesus Christ”