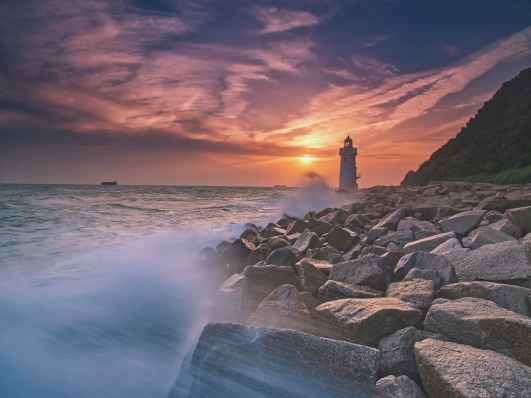 We all respond differently to the surprises in life. When we see something new, we react with a wide range of responses including boredom, skepticism, interest, commitment, or excitement.

We often respond to God in the same way. Depending on our mood and our personality, we can be either skeptical, dismissive, or listening and ready to follow Him. There are too many times that God tries to get our attention, yet we instead dismiss or explain away what He is trying to tell us.

But Jesus had a serious message for the skeptics of His day. He came showing that His kingdom was at hand, and He was the coming King. He healed the sick, calmed the storm, and cast out violent demons. No one ever taught like this! He attracted massive crowds — so large that He could not even enter the towns!

Then, the religious leaders saw the crowds and were moved to jealousy. They started questioning Him, then openly challenging Him, until they were finally plotting to destroy Him.

But what about the rest of the people? They still followed Jesus wherever He went. But sadly, they liked His miracles, listened to His teaching, but would not believe Him (see here). He was only a great teacher to them, a popular act.

It has been about two and a half years into His ministry, and only a year away from the cross, when He reached a turning point. The people brought to Jesus a demon-possessed invalid who had been rendered blind and mute, and He cast out the demon and healed the man. In one act, He gave irrefutable proof that He was their coming King: He healed the blindness, made the mute speak, and cast out the demon. He left no room for doubt!

But even with such proof, the people still refused to believe. They went to their leaders (the Pharisees) for an explanation, and they were quick to accuse Jesus of being empowered by the devil. Jesus responded to the Pharisees that their arguments were senseless and His power showed that kingdom has come.

But Jesus then went a step further, judging their accusations. Whoever is not with Him is against him, they would not be forgiven for speaking against the Holy Spirit, and their words show that they were evil.

After this scene, Jesus began to turn away from the crowds, focusing instead on His disciples. He will teach parables in public which are only explained in private (Matthew 13). He will also take His twelve closest apostles away from Jewish territory as He begins to prepare them for His arrest and crucifixion (Matthew 14-17).

Matthew 12:22-37
Then a demon-oppressed man who was blind and mute was brought to him, and he healed him, so that the man spoke and saw. And all the people were amazed, and said, “Can this be the Son of David?” But when the Pharisees heard it, they said, “It is only by Beelzebul, the prince of demons, that this man casts out demons.” Knowing their thoughts, he said to them, “Every kingdom divided against itself is laid waste, and no city or house divided against itself will stand. And if Satan casts out Satan, he is divided against himself. How then will his kingdom stand? And if I cast out demons by Beelzebul, by whom do your sons cast them out? Therefore they will be your judges. But if it is by the Spirit of God that I cast out demons, then the kingdom of God has come upon you. Or how can someone enter a strong man’s house and plunder his goods, unless he first binds the strong man? Then indeed he may plunder his house. Whoever is not with me is against me, and whoever does not gather with me scatters. Therefore I tell you, every sin and blasphemy will be forgiven people, but the blasphemy against the Spirit will not be forgiven. And whoever speaks a word against the Son of Man will be forgiven, but whoever speaks against the Holy Spirit will not be forgiven, either in this age or in the age to come.

“Either make the tree good and its fruit good, or make the tree bad and its fruit bad, for the tree is known by its fruit. You brood of vipers! How can you speak good, when you are evil? For out of the abundance of the heart the mouth speaks. The good person out of his good treasure brings forth good, and the evil person out of his evil treasure brings forth evil. I tell you, on the day of judgment people will give account for every careless word they speak, for by your words you will be justified, and by your words you will be condemned.”