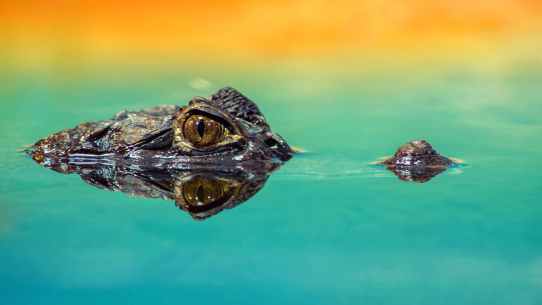 Thoughts from the Sermon on the Mount …

Proverbs 4:23
Keep your heart with all vigilance,
for from it flow the springs of life.

Are you a good person?

In His first example, Jesus showed them that the law was more than just about murder. Even hatred and bitter anger will also leave you separated from God (see here).

In the next example, Jesus taught about adultery. It is not only the physical act of adultery, but also your lustful thoughts that leave you guilty before God:

Matthew 5:27-28
“You have heard that it was said, ‘You shall not commit adultery.’ But I say to you that everyone who looks at a woman with lustful intent has already committed adultery with her in his heart.

This warning does not matter if you are married or single. Although Jesus’ audience at that time were men, the warning is for both men and women.

This warning includes the movies and television you watch, the books you read, the music you listen to, your trips to the beach, and, of course, your time on the internet.

Do you stop your mind from wandering when it heads toward a forbidden place? What is the remedy?

porneia (πορνεία) is the broader term to include all unlawful sexual actions. It is often translated as either fornication or sexual immorality.

moichos (μοιχός), or adultery, is the specific term for to describe sexual intimacy with the husband or wife of another. This is the man with another man’s wife, or the woman with another woman’s husband.

Adultery was forbidden by the seventh commandment (see here).

Adultery breaks the marriage bond. It is the ultimate act of betrayal.

The penalty — for both parties — was death (see here)!

That is how serious of an offense it was to God. When God‘s people turned away from Him to worship idols, He described them as adulterers who had broken their covenant and turned to pursue other lovers.

The author of Proverbs, the book of Wisdom, dedicates almost three chapters (Proverbs 5-7) to warn against adultery. It repeatedly illustrates the personal disaster that awaits those who give in to sexual temptation:

Proverbs 5:3-4
For the lips of a forbidden woman drip honey,
and her speech is smoother than oil,
but in the end she is bitter as wormwood,
sharp as a two-edged sword.

Proverbs 6:27-28
Can a man carry fire next to his chest
and his clothes not be burned?
Or can one walk on hot coals
and his feet not be scorched?

In Jesus’ day, the people were confident in their laws. They considered themselves to be good and right before God because they had never stepped out on their wives. But Jesus taught that it is more than that. You may have never been physically unfaithful with your wife, but if you are entertaining longing, lustful glances at another woman, you are just as guilty. The guilt is in your thoughts and in your heart, long before it shows in your actions.

“The man Jesus described looked at the woman for the purpose of feeding his inner sensual appetites as a substitute for the act.” 3

“Jesus says if you ever look on a woman to lust after her, you’ve done it in your heart, and that’s enough to damn you to hell forever.” – John MacArthur 5

Take away the cause!

Jesus continued the warning against immoral thoughts and actions. This is no minor indiscretion. You could be sending yourself to hell by indulging your lustful thoughts.

Jesus warns that it would be better to disfigure yourself than to let that happen!

For those who are sharpening their hacksaws, Jesus is not teaching self-mutilation here! You can still sin with one eye and one arm. So what is He saying?

First, we need to have zero tolerance for sources of temptation in our lives. In the Jewish society, the most valuable part of the body was the right eye and the right hand. 6 We need to get rid of things in our lives that cause us to sin. There should be nothing that is too valuable to remove when it leads us astray.

Second, the consequences of failure can be disastrous. Jesus repeats the warnings in more detail in Mark 9:

Jesus is not condemning you to hell for giving in to sexual temptation. 9 However, you could be preventing yourself from having eternal life by holding on to your sin instead of turning from it to follow Jesus (this is also discussed in this post here).

“The warning is to make no provision for temptation; every occasion which may lead to sin is to be cut off!” 1

“There is a fire within you; never bring any oil anywhere near it, because if you do there will be a flame, and there will be trouble.” – D. Martyn Lloyd-Jones 8

We need to run away from temptation! The first victim of immorality is ourselves. We damage ourselves every time we give in to temptation.

1 Corinthians 6:18-20
Flee from sexual immorality. Every other sin a person commits is outside the body, but the sexually immoral person sins against his own body. Or do you not know that your body is a temple of the Holy Spirit within you, whom you have from God? You are not your own, for you were bought with a price. So glorify God in your body.

A pastor friend once used the analogy of finding a live tick on you. If we see a tick on us, we don’t sit back and watch it crawl up our leg, wondering where it will go next. We remove it immediately! Anyone who has suffered from Lyme Disease can tell you personally how dangerous the little parasite can be!

It is the same way with sexual temptation. Don’t play with it, don’t try to wait it out. Get it as far away from you as you can before it destroys you.

Jesus promises that the best things are from Him alone! It is not enough to avoid the bad, but we should also fill ourselves with the good that comes from Him. We need stay close with Him, to abide in Him (see here)!

James 1:16-17
Do not be deceived, my beloved brothers. Every good gift and every perfect gift is from above, coming down from the Father of lights with whom there is no variation or shadow due to change.

John 15:4
Abide in me, and I in you. As the branch cannot bear fruit by itself, unless it abides in the vine, neither can you, unless you abide in me.

See here for how Jesus set the example in resisting temptation.

In conclusion, we live in a very immoral world. It takes only a short look at the television or the latest news headlines to hear about the latest scandals, and it is easy to start patting ourselves on the back. Compared to them, we don’t look so bad.

But Jesus sets the standard to be much higher than the world around us. It is not enough to not commit adultery, our thought life needs to be pure. When faced with temptation that would corrupt our thoughts, we need to take away the source of temptation, run away from it, and stay close with Jesus Christ!

Hebrews 13:4
Let marriage be held in honor among all, and let the marriage bed be undefiled, for God will judge the sexually immoral and adulterous.

Ephesians 5:3-5
But sexual immorality and all impurity or covetousness must not even be named among you, as is proper among saints. Let there be no filthiness nor foolish talk nor crude joking, which are out of place, but instead let there be thanksgiving. For you may be sure of this, that everyone who is sexually immoral or impure, or who is covetous (that is, an idolater), has no inheritance in the kingdom of Christ and God.

Romans 12:2
Do not be conformed to this world, but be transformed by the renewal of your mind, that by testing you may discern what is the will of God, what is good and acceptable and perfect.

“When men talk of the Sermon on the Mount being religion enough for them, they only show how little they have entered into the meaning of our Master’s words.” – H.A. Ironside 2

“If we do not feel unclean at this moment, God have mercy upon us. If we can conceivably be satisfied with their lives because we have never committed an act of adultery or of murder or any one of these things, I see that we do not know ourselves nor the blackness and the foulness of our own hearts.“ – D. Martyn Lloyd-Jones 7

[9] There have been multiple interpretations of this passage by Bible scholars over the years, especially with regard to the repeated phrase, “For it is better that you lose one of your members than that your whole body be thrown into hell.” The most common answers regarding this passage are:

9 replies on “What did Jesus say about purity?”

[…] is about having a real relationship with God himself (see here)! Using the examples of murder and adultery, he shows that the problem starts in our attitudes long before they show up in our […]

[…] The next example is adultery. It is not just the physical act of adultery, but any lustful thought leaves you guilty before God (see here). […]

[…] We are to resist lustful thoughts and actions, and to live in purity (see here). […]

[…] to describe the punishment of an eternal Hell, separated from God and all His goodness. See here and […]

[…] [a] Jesus called them an “evil and adulterous generation” for asking for a sign (Matthew 12:39). They were adulterous because they had rejected the clear message of God and clung stubbornly to their own false beliefs. God used adultery as the example of when His people rejected Him to follow worthless idols (see Hosea and the post here). […]

[…] is a repeat of the warnings in Matthew 5:29-30 (see here), where He teaches that you are better to cut off your body parts than to allow them to cause you […]