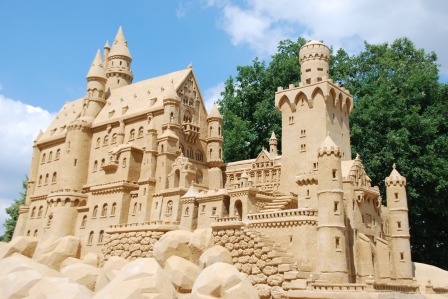 “Blessed be the name of God forever and ever,
to whom belong wisdom and might.
He changes times and seasons;
he removes kings and sets up kings;
he gives wisdom to the wise
and knowledge to those who have understanding;
he reveals deep and hidden things;
he knows what is in the darkness,
and the light dwells with him.
To you, O God of my fathers,
I give thanks and praise,
for you have given me wisdom and might,
and have now made known to me what we asked of you
for you have made known to us the king’s matter.”

We look at the American political system today and it is easy to get discouraged. None of the major political candidates show any wisdom to lead a country. They all look like they are more consumed with self-serving interests than to care about the future of the country.

To be an American Christian today likely means that you will be labeled as a bigot, ignorant of science, or out of touch with reality.

The situation is much worse in other parts of the world. Russia has recently passed laws that prohibit worship in any other place but the state-sanctioned churches (see here). The World Watch List lists 41 countries in the world which have moderate to extreme persecution of Christians. Many Islamic nations have a death penalty for anyone who converts from Islam. North Korea is ranked again as the most dangerous country for a Christian, for 14 years in a row!

It is easy to become discouraged and to start to wonder. Is God really in control?

God gave a message to His people in the sixth century B.C. This was a time of the terrible crisis for the surviving Jews of that day. The northern nation, Israel, was completely destroyed a century earlier. The southern nation, Judah, had lost their independence, and were now slaves to whatever world powers would dominate them.

The king of Egypt had come in 609 B.C., killing the king and setting up his own vassal king over the country. The king of Babylon then came four years later, setting up his rule over Judah and taking captives back with him to Babylon.

The situation would only get worse. Babylon would return 17 years later to destroy Jerusalem, burn the temple, and carry away all of the inhabitants to exile. The Jewish nation would cease to exist for 70 years.

Where was God during this crisis? God gives His answer in the Book of Daniel.

God is all-wise. God is all-powerful. The great God who can change the seasons can raise and lower kingdoms.

The kingdoms of this world do not have any power over the God of the Universe!

The scene of Daniel 2 opened in the emperor’s bedroom. King Nebuchadnezzar had just awakened from a terrible dream. He was greatly disturbed by what he saw, yet he could not remember the dream!

The king urgently summoned all of his advisors and wise men, demanding that they tell him the dream and its interpretation. These wise men were very skilled in interpreting dreams, but this was new to them – never before were they asked to tell the dream itself!

They begged the king to tell them the dream but their entreaties only made the king more angry. When they failed to tell the dream, the furious king demanded that all of his wise men be executed!

The king ordered all of the wise men in Babylon to be killed. This included the Jewish slaves who had only recently graduated from their training (Daniel 1). When the executioner came for Daniel and his companions, Daniel requested time so that he could provide an answer for the king.

Daniel returned to his house and discussed the matter with his companions, Hananiah, Mishael, and Azariah. Together they asked God for mercy so that He might show them the mystery.

The prayer above was Daniel’s response when God showed him the dream and its interpretation. His praise to God declared that the God of heaven has the power over time, seasons, and over kingdoms. God had shown the deep mysteries and had given Daniel the wisdom to show the answer to the king.

Daniel requested to be brought to the king. He made it clear that no human could answer his request, but there is a God in heaven who reveals mysteries and has shown the king what will happen in the latter days.

Daniel then told the king his dream. He dreamed of a massive image that was overwhelming in its appearance and brightness. The head of the image was made of gold, the chest and arms of silver, the middle and thighs of bronze, the legs of iron, and the feet of iron and clay mixed. A stone was then cut without any human hand and struck the image in the feet, destroying the entire image. The stone then became a great mountain and filled the earth.

Daniel then told the interpretation of the dream. The five elements of the image were five empires (kingdoms) that would rule the earth. Nebuchadnezzar himself represented Babylon, the head of gold. After him would be three other kingdoms, successfully representing the silver, the bronze and the iron. The final kingdom will be partly strong and partly brittle, like the iron mixed with clay. During the days of the final kingdom, the God of heaven will destroy the kingdoms of the world and set up a kingdom himself that will never end.

In our current point of history, the kingdoms of Gold, Silver, Bronze, and Iron have all come and gone, as the empires of Babylon, Medio-Persia, Greece, and Rome have come through history. We are still waiting on the final events of Nebuchadnezzar’s dream, where the kingdom of iron and clay rules the world.

But more than that, we know that there will be a day when God’s kingdom will come and destroy all of the powers of this world. He will set up his own kingdom which will never end!

END_OF_DOCUMENT_TOKEN_TO_BE_REPLACED 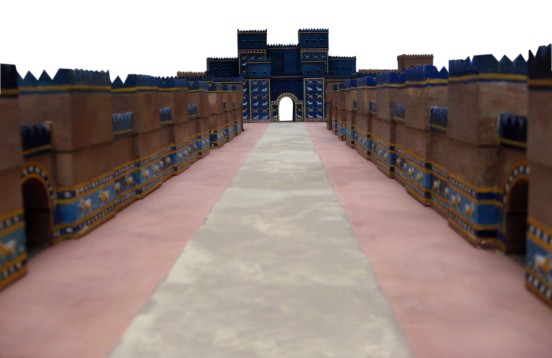 It is easy to feel sorry for ourselves when problems come into our lives. We believe that nobody understands us, and we have a perfect right to indulge ourselves.

Why should I try to do the right thing when my world has collapsed around me?

Can we even reach out to others if we don’t understand them?

Should we fight back when we have been hurt? What if they have hurt us more deeply than anyone could ever know?

Where is God when my life is turned upside-down?

I have had the chance to read about a young man who experienced more horrors than I will ever understand. As a teenager, he saw his city overrun by an invading army. They pillaged the town, looted the temple of God, and took him captive. Now, away from his family in a strange land, he was emasculated, given a new name, and enrolled in the pagan seminary. The penalty for failing his seminary classes would likely mean death.

Daniel was a teen in Jerusalem when his city was captured by Babylonian forces in 605 B.C. Babylon had recently defeated both of the existing world powers (Assyria and Egypt) and had extended its empire across much of the Middle East. The king of Babylon, Nebuchadnezzar, had taken several of the most promising youths back to Babylon with him to serve in his court.

Among a class of 50-75 teens, Daniel and his friends were given new names. Daniel, Hananiah, Mishael, and Azariah were all named after the God of Israel, but their new names reflected the Babylonian gods: Belteshazzar, Shadrach, Meshach, and Abednego. Their classes consisted of a three-year intensive training in the language, religion, and ways of Babylon’s elite. At the end of three years, they would be personally interviewed by the king himself to see if they were competent to serve him.

These circumstances would have been intense pressure for any teen, but Daniel made a commitment. Despite everything that happened, the Bible says that Daniel resolved that he would not disobey God. Literally, he “set his heart” to not defile himself. Whatever happened, Daniel would not choose any action which would cause him to break God’s law.

There were several things outside of Daniel’s control. He was a slave to the king of Babylon and his life existed at the whim of the king or his servants. Daniel could not control what happened to him, but he could control what he chose to eat and to drink. The boys were expected to feast daily at the king’s pagan banquet, but Daniel respectfully asked to abstain. Instead of the king’s food and wine, he asked to eat only vegetables and water.

Daniel’s overseer refused at first, for fear that the he would lose his life if the boys became sick. Daniel requested a test: the four of them would only eat vegetables and water for 10 days and then the overseer could compare the results. After 10 days, Daniel and his three friends were visibly healthier than the other boys. Therefore, the entire class was moved to vegetables and water for the duration of their schooling.

There were no miracles, but God’s hand was evident throughout Daniel’s schooling. God blessed Daniel’s decision and allowed the boys to be healthy after the 10-day test. At the end of their schooling, Daniel, Hananiah, Mishael, and Azariah were personally interviewed by king Nebuchadnezzar. Not only did the four young men surpass their class, but they exceeded all of the king’s existing advisors.

We can learn from Daniel’s example about how to follow God, even when under pressure:

“What a lesson for us-that purity of heart and faithfulness to God come before enlightenment in divine mysteries! If you attempt to reverse these things, you need not be surprised if you fall into all kinds of error.” – H.A. Ironside [8]