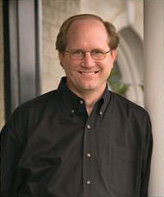 There is nothing quite so profound as a person’s final words; especially when that person is aware that they are about to die.

Lady Astor was the first female member of the British House of Commons who used to tangle often with Winston Churchill. She was the woman in that famous conversation where she upbraided Churchill saying that if she were his wife, she’d poison his drink. To which Churchill famously responded, “And if I were your husband, I would drink it.” As she lay on her deathbed at the age of 85, she awakened to find her bed surrounded by her entire family. She grinned and said, “Either I am dying, or this is my birthday.”i

Frank Sinatra’s last words were spoken to his fourth wife – he simply looked up at her and said, “I’m losing” – and then died.ii

Queen Elizabeth I brought England to its greatest world power; literature, education, fashion and glamour flourished under her 40 year reign which ended in the 17th century. As she lay dying, she gasped her final words, “All my possessions for a moment of time.”iii

John Wilkes Booth, the assassin of President Abraham Lincoln, was finally chased down and trapped in a barn. As soldiers set fire to the barn, Booth was spotted and fatally wounded. After they pulled him out of the barn and away from the fire, Booth lay there with moments to live – he held up his hands and said, “Useless . . . useless.”iv

O. Henry, the famous short story writer and outspoken unbeliever said just before he died, “Turn up the lights – I don’t want to go . . . in the dark.”v

Contrast that to the last words of Charles Spurgeon, the London pastor from the 1800’s who died with these words on his lips – Jesus died for me.

And in His dying breath, Jesus Christ will say just a few words – so profound that believers have read them and studied them and have been nourished by them and strengthened and ready to face life and death because of them.

Why? Because they were words that played out the glory of the gospel in living color – first, with words of agony and separation and suffering, but finally – as he spoke for the last time – words of victory and satisfaction.

We have time for one of Christ’s seven final words or statements – let me invite you to the Gospel of John and chapter 19. Verse 28. After this, Jesus, knowing that all things had already been accomplished, to fulfill the Scripture, said, “I am thirsty.” 29. A jar full of sour wine was standing there; so they put a sponge full of the sour wine upon a branch of hyssop and brought it up to His mouth. 30. Therefore when Jesus had received the sour wine, He said, “It is finished!” And He bowed His head and gave up His spirit.

If you compare the Gospel accounts, you discover seven things Jesus said during his crucifixion. 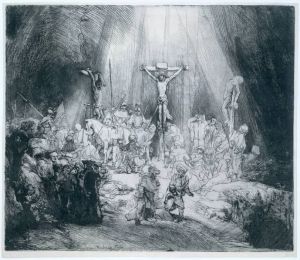 We’ll take time for this statement here in verse 30.

The ancient Greeks were proud of the fact that their universal language was able to communicate so much with so few words.

“To be able to give,” as one wrote “an ocean of matter in one drop of language.”vi

It is finished is only one word in the Greek language – tetelestai – one evangelical author wrote that this is the greatest single word ever uttered.vii

In this one word is wrapped up the Gospel of God.

If you’ve ever wanted to know how to be right with God – how to know you’re sins are forgiven – how to know that you can have heaven, guaranteed – it’s bound up in this one word.

And by the way, would you notice that Jesus did not say, “I am finished”, even though in less than 60 seconds he would.

Which is remarkable on a number of fronts, isn’t it?

How often can any of us say, “We finished something?”

I don’t know about you, but my “to-do” list isn’t getting any shorter – it’s getting longer.

Think of how many times you’ve said, “I’ve started something” . . . but haven’t been able to say, “I finished it.”

I can remember as a college student, setting out in my spare time to be a salesman selling Amway products? How many others in here have a similar story of success?